Over 4,000 Freemasons from Provinces, Districts and 136 Grand Lodges around the world were present as the Royal Albert Hall was centre stage for the United Grand Lodge of England’s especial meeting and tercentenary celebrations on Tuesday 31st October

This gala event marked 300 years since four lodges met at the Goose and Gridiron Tavern in St Paul’s Churchyard on St John’s Day, 24th June 1717, to form the Premier Grand Lodge. The spectacle was also streamed live to audiences from around the world, including UGLE’s headquarters at Freemasons’ Hall.

With Grand Lodge having been opened and called off in a convenient room, the procession of Grand Officers entered the Hall, before the Grand Master, MW Bro HRH The Duke of Kent, took his place in the Queens’s Box. He was accompanied by the Pro Grand Master MW Bro Peter Lowndes, Deputy Grand Master RW Bro Jonathan Spence and Assistant Grand Master RW Bro Sir David Wootton.

The audience was wowed by a theatrical extravaganza showcasing the history and heritage of Freemasonry and featuring a cast of renowned actors including Sir Derek Jacobi, Samantha Bond and Sanjeev Bhaskar. The Royal Philharmonic Concert Orchestra provided the musical accompaniment against the backdrop of a colossal 55ft gold Square and Compasses and dramatic light show incorporating the ‘All Seeing Eye’.

After the performance, the Grand Master was processed on to the stage and all the Rulers were seated in their normal thrones. The Deputy Grand Master then read a letter of loyal greetings sent to Her Majesty The Queen and the reply received sending ‘warm good wishes to you all for a most successful event’.

The Grand Master, as Permanent Master of the three Time Immemorial Lodges (Lodge of Antiquity No.2, Royal Somerset House and Inverness Lodge No.IV, and Lodge of Fortitude and Old Cumberland No.12), then called upon his three Deputy Masters and was presented with the Volume of the Sacred Law, the Square and Compasses and the Wren Maul.

Other highlights included the return of the Soane Ark – the Ark of the Masonic Covenant – as the Deputy Grand Master announced that following 30 years in the making, a replica had been made to the original design. This was brought onstage where it was dedicated by the Grand Master.

The finale was the most rousing singing of the National Anthem, before the procession of Grand Officers retired from the Hall.

Following the meeting, Grand Lodge was called back on in a convenient room, and this Especial Meeting to celebrate UGLE's Tercentenary was closed. 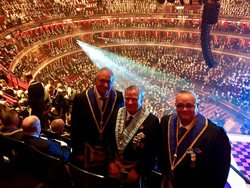 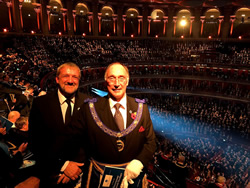 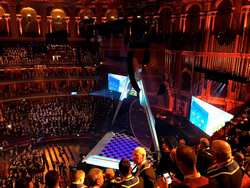 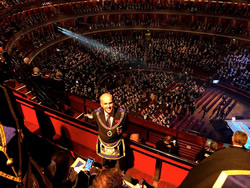 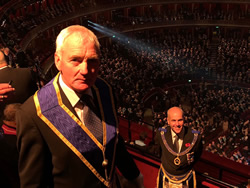 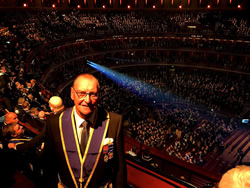 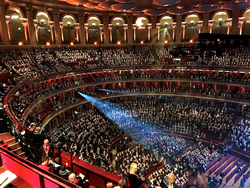 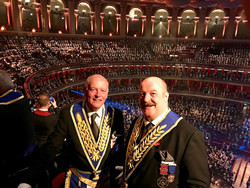 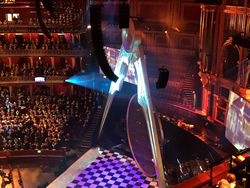 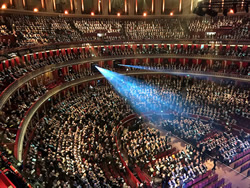 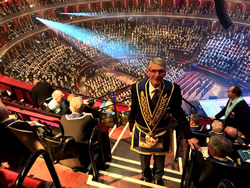 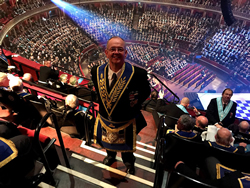 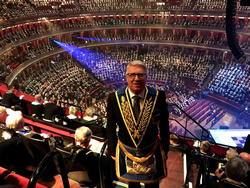 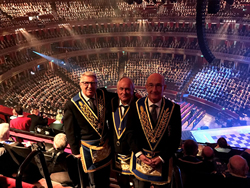 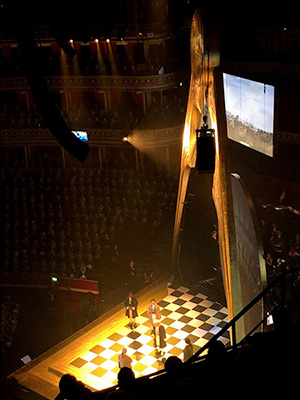 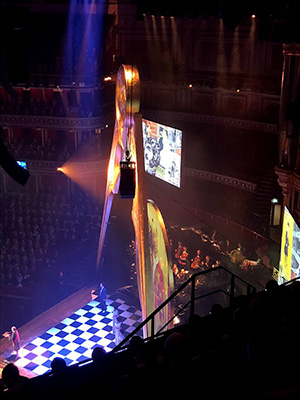 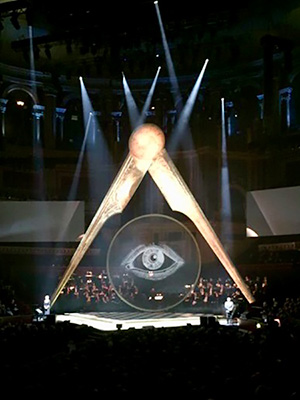 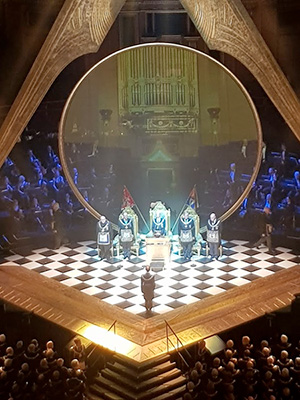