On Wednesday 20th March 2019 I went to Petitor Lodge No. 8234 at the Masonic Hall in Tor Hill Road, Torquay to present our Provincial Grand Master’s Certificate to W. Bro. Michael Leonard Pearce to mark his having served fifty years as a Freemason in this wonderful Province of Devonshire. 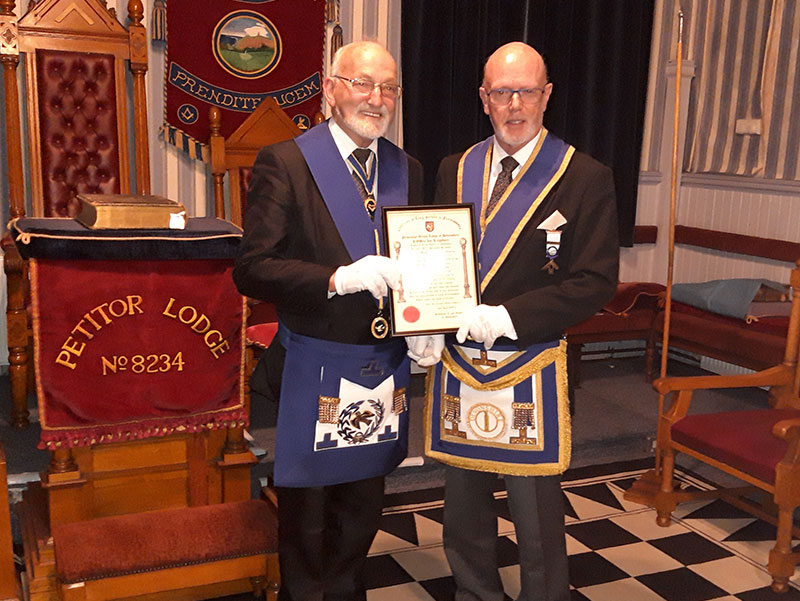 Brother Michael was initiated into Petitor Lodge on 19th February 1969 by W. Bro. Eric Hogg who was a founder and first Master of Petitor Lodge, the lodge having been consecrated on 23rd November 1968. Brother Michael was the second Initiate of the lodge but the first to attain the Master’s Chair, first in 1977 and again in 2003. Brother Michael has worked extremely hard for the lodge over the 50 years of his membership, holding the office of Treasurer for 26 years, and also the Offices of Assistant Secretary and Accounts Examiner.

Brother Michael received an Active Provincial Appointment of Grand Standard Bearer and then promotions to PPrJGD and PPrJGW. He is also an active member of the Holy Royal Arch and the Rose Croix degrees. 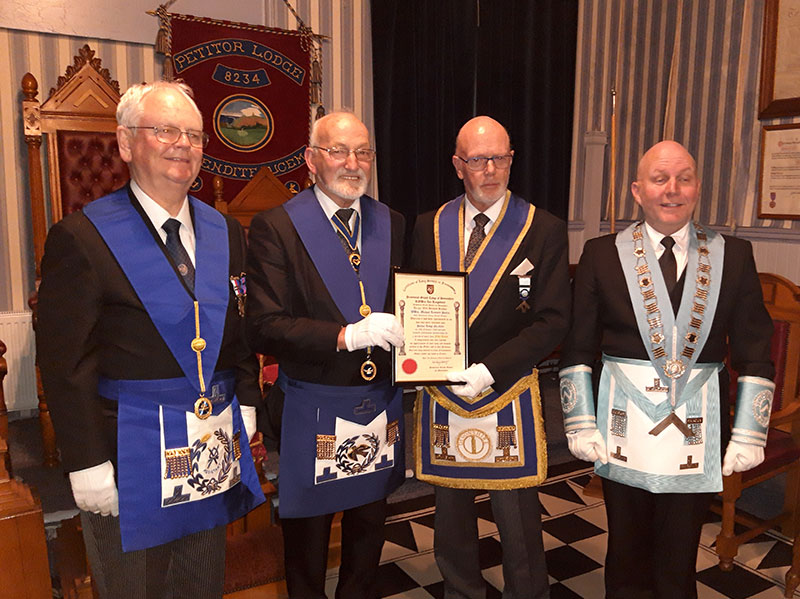 In presenting the certificate I brought the congratulations and best wishes of our Provincial Grand Master R. W. Bro. Ian Kingsbury and the brethren showed their appreciation in the usual way. Brother Michael thanked me for presenting the certificate and for the research I had undertaken. All then retired for an excellent Festive Board ending yet again another happy Masonic evening.