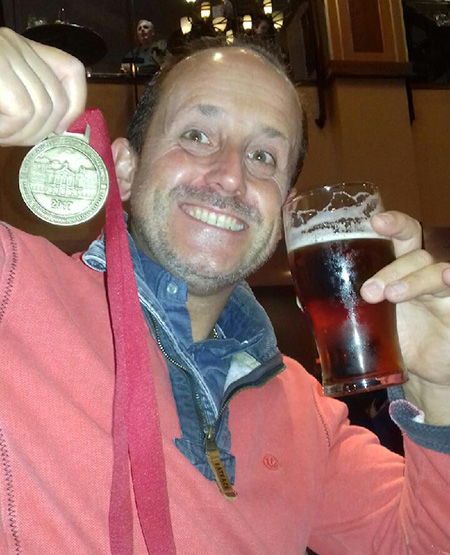 W. Bro Wes Nicholls has added yet another medal to his collection by running the Cardiff Half Marathon on Sunday 1st October 2017.

The Cardiff University/Cardiff Half Marathon has grown into one of the largest road races in the United Kingdom. The first event took place back in 2003 and the 10th Anniversary was celebrated in 2012.

The event is not only the UK’s second largest half marathon, it is Wales’ largest road race and Wales’ largest multi-charity fundraising event. The race is sponsored by Cardiff University and supported by strategic partners Cardiff Council, Vale of Glamorgan Council and Welsh Athletics.

The 2012 event witnessed the introduction of a new course which encompassed Cardiff’s most iconic landmarks and was enthusastically recieved by runners. The size of the field has dramatically expanded during the race’s history; from just under 1,500 runners in 2003 to 22,000 in 2016.

Congratulations to him for his efforts.