Dedication of Garden of Remembrance in Sidmouth 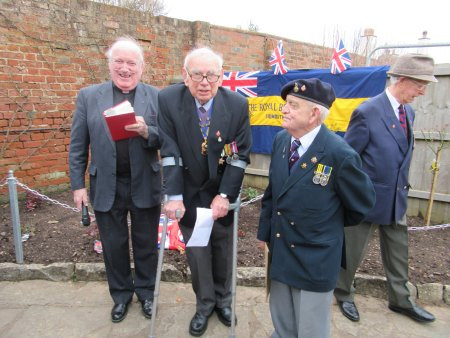 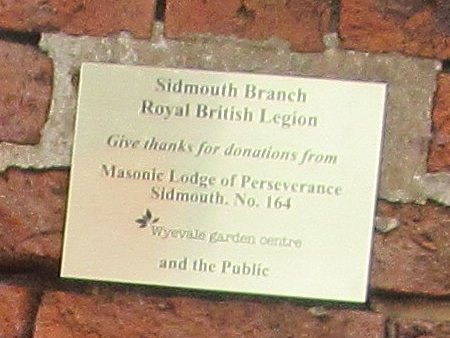 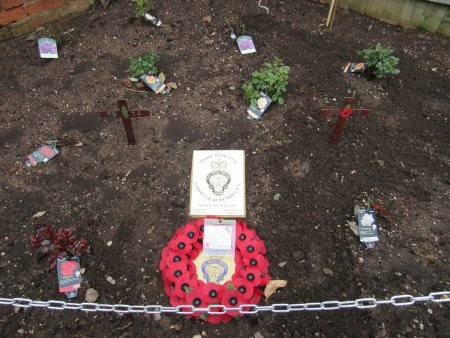 Followers of these reports may remember that last November the Perseverance Lodge No 164 in Sidmouth made a donation to the Royal British Legion local branch in answer to their appeal for funds to set up a Garden of Remembrance in the Connaught Gardens. By March this year the garden had been prepared and planted up with rose bushes donated by the Wyevale Garden Centre. Accordingly a dedication ceremony was arranged and publicised. On the 19th over 70 assorted souls gathered for this ceremony which was conducted by the Rev Bro Robin Laird. At least 16 members of the Lodge were in attendance. After the prayers of dedication had been given the Lord’s Prayer was recited by the assembled company.

Short comments were proffered by some council officers and then Kim Smith, the President of the Sidmouth Branch of the Royal British Legion (and one of the few surviving Servicemen in Sidmouth from WW2) expressed thanks to all those who had helped in the creation of this permanent memorial. One of the senior British Legion members assisted him in unveiling the memorial tablet while the Lodge WM, W Bro Malcolm MacDonald, uncovered the plaque on the wall.

Those who wish to visit this garden will find it in the bottom cormer of the gardens just past the orangery and just before the popular viewing point that looks back along the sea front. This final part, just beyond the garden, is currently closed while repairs are made to the wall and railings following storm damage. However, by June the garden should be in full bloom and, hopefully, the viewing point will be open again.