At the Community Awards Presentation which took place on 12th September at Mount Edgecumbe Masonic Hall Plymouth Ian Kingsbury presented Dream-A-Way with a cheque for £25,000. As a result of this splendid donation they invited us down to the Haven Holiday Park at Sandy Bay Exmouth to take part in the opening ceremony of their latest caravan, this will be used for the respite care of families in need. 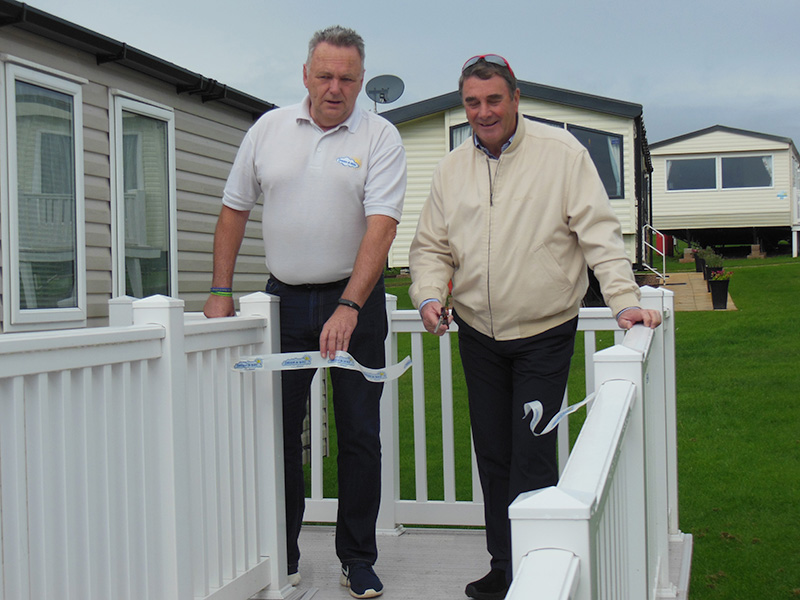 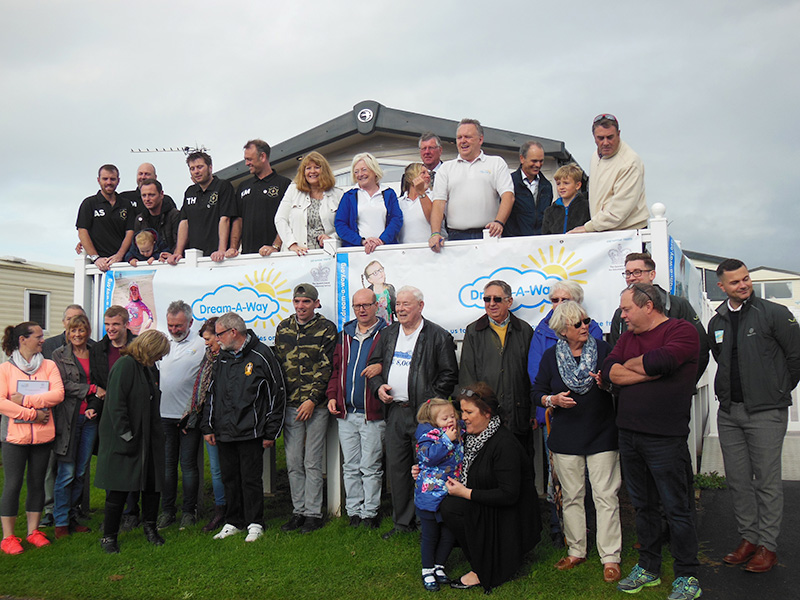 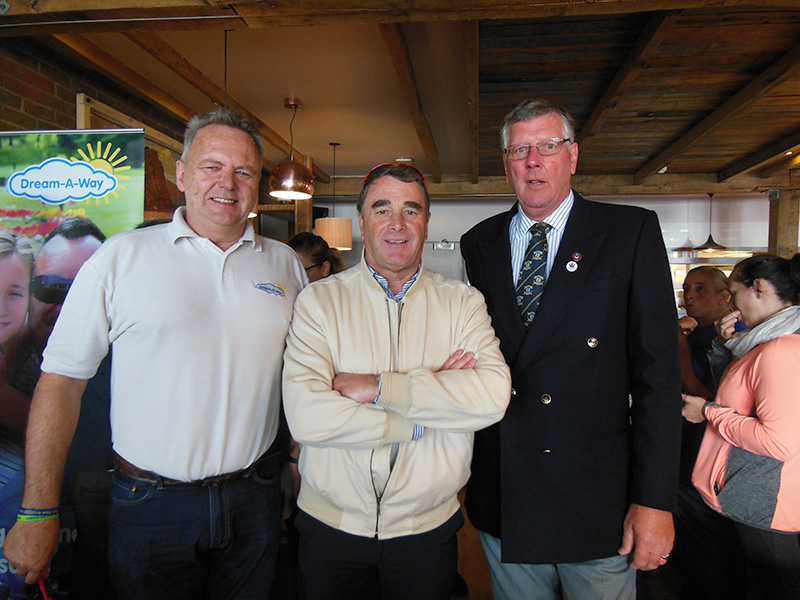 The caravan was purchased through donations presented to them by a group of 6 men who rowed across the English Channel from Ramsgate to Belgium in a Cornish Gig raising over £26,000. The reason for us being present was to show us was the type on caravan they will purchase next with the money we donated and as this will not take place until early next year they did not want us to feel that the monies were not being put to good use.

The caravan was officially opened by their Parton Nigel Mansell and Sir John Evans and when talking to their Chairman Jeff Merrett MBE later in the day he suggested that when they managed to purchase their next caravan they would like to name it to show the extraordinary generosity of the Freemasons of Devonshire, Someone there (I don’t know who) suggested “”Kingsbury Castle” but we will have to wait until the spring to find out their final decision when we all go to the official opening.