Everything in The World Should be Rosie 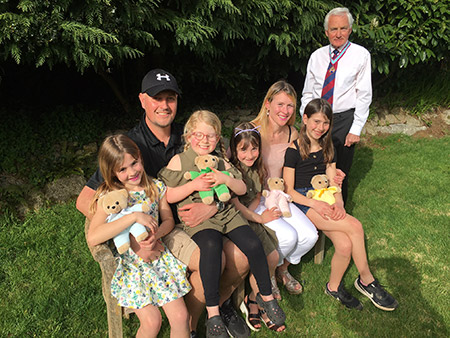 Six year old Rosie Gray has suffered a rare genetic disorder since birth known as Prader-Willi Syndrome, she and her family have been incredible throughout her short life and as a result Rosie has grown into a happy and effervescent young lady despite having to live with a disorder for which there is no known cure.

Prader–Willi syndrome (PWS) is a genetic disorder caused by a loss of function of specific genes on chromosome 15. In new born, symptoms include weak muscles, poor feeding, and slow development. Beginning in childhood, those affected become constantly hungry, which often leads to obesity and type 2 diabetes. Mild to moderate intellectual impairment and behavioural problems are also typical of the disorder. PWS occurs randomly in about 1:22,000 births and it is estimated that there are about 2,000 living with PWS in the UK.

The Prader-Willi Syndrome Association, based in Derby came to the notice of the Masonic Charitable Foundation (MCF) in 2019 which approved a grant of £15,000 to the charity. Since then Rosie’s plight has been highlighted to the members of Hawton Mark Masonic Lodge in Plymouth where she lives. They decided that they should continue helping the charity who have supported the family so well and have raised a further £200 which was recently presented by the Worshipful Master of the lodge John Pritchard to enable the charity to continue the nursing and research into this terrible genetic disorder.